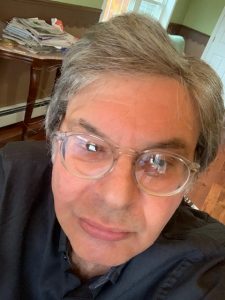 Stephen L. Stern is the creator/writer of the independent comic-book Zen Intergalactic Ninja, which celebrated its 34th anniversary in 2021. He has written over 100 comic-books and graphic novels, including War of the Worlds, Beowulf and A Christmas Carol, as well as the official comic-book adaptation of the animated classic, Mr. Magoo’s Christmas Carol. Stern is also the author of Alien Hero, a collection of novellas and short stories about Zen. Among his other creations are Shygirl, Frickin’ Butt-Kickin’ Zombie Ants and Serving Supes. A former advertising executive, Stern is a graduate of the University of Miami (FL) with a BA in English, a member of Omicron Delta Kappa, the national leadership honorary society, and Iron Arrow, the highest honor that can be attained at the University of Miami. He lives in Maine.